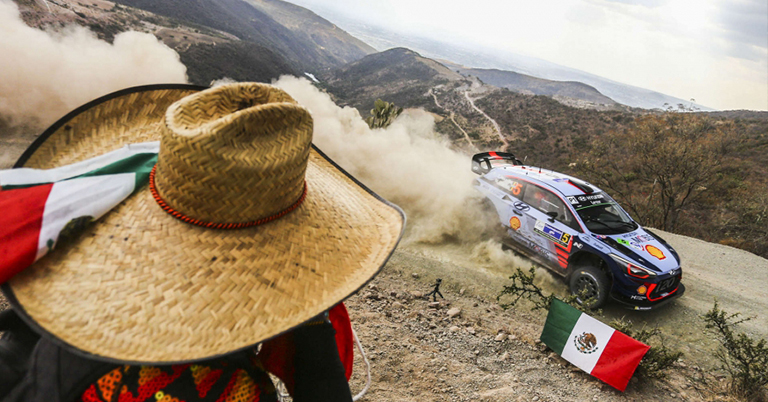 SÉBASTIEN OGIER WON RALLY GUANAJUATO MEXICO FOR THE FOURTH TIME ON SUNDAY AFTERNOON TO REGAIN THE LEAD OF THE FIA WORLD RALLY CHAMPIONSHIP.
The Frenchman surged from fifth to first in intense heat on Saturday before easing through today’s final leg in mountains near León to win the dirt road encounter by 1min 13.6ec in a Ford Fiesta.

Kris Meeke, winner 12 months ago, was on course for second before tipping his Citroën C3 onto its side in today’s opening speed test. His error allowed Dani Sordo to claim second in a Hyundai i20, with Meeke a further 15.6sec back in third.