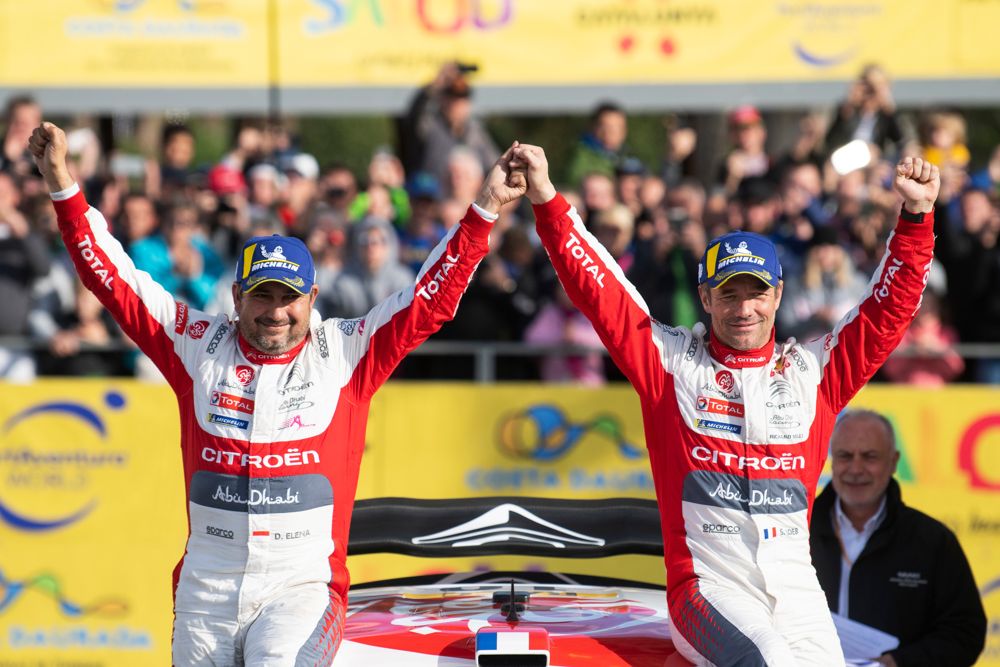 Sebastien Loeb claimed an incredible first World Rally Championship win since 2013 on an unpredictable Rally Spain, as Sebastien Ogier moved into the lead of the title race.

Elfyn Evans snatched third from Thierry Neuville in the final few metres when the Belgian hit a stone and broke his Hyundai i20’s rear right wheel. He finished fourth and surrendered the FIA World Rally Championship lead to Ogier by three points heading to next month’s final round in Australia.