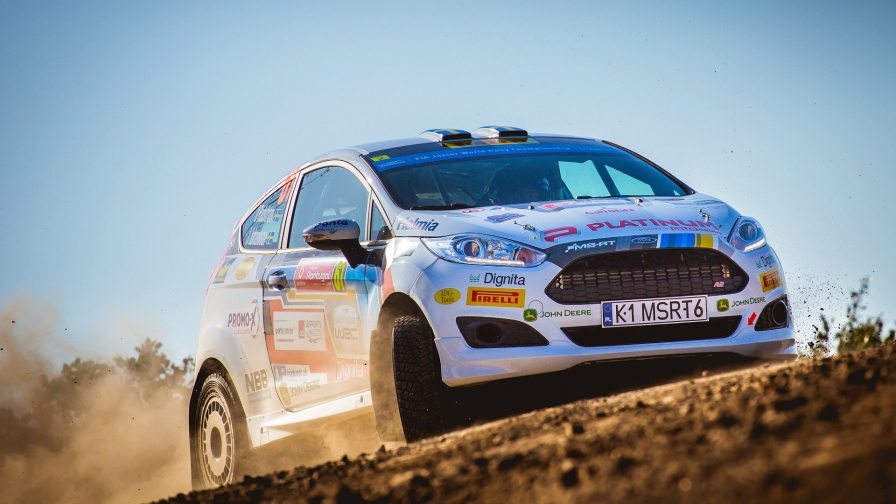 DENNIS RÅDSTRÖM CLAIMED A DOMINANT FIA JUNIOR WRC VICTORY AT VODAFONE RALLY DE PORTUGAL ON SUNDAY AFTERNOON AS THE DRAMA CONTINUED RIGHT TO THE END OF THE GRUELLING FOUR-DAY ENCOUNTER.

The Swede carried away the honours by a massive 14min 57.8sec in his Ford Fiesta to increase his lead in the championship standings at the midpoint of the season.

Rådström fought tooth and nail with fellow countryman Emil Bergkvist until the latter rolled on Saturday morning. As his challengers fell by the wayside on the rock-strewn dirt roads, Rådström’s lead grew as he avoided problems.

“We didn’t expect to end up in first place as we knew it would be a big challenge. We managed to win in a clever way, pushing hard but also taking care of the car. On gravel rallies we have been slower previously, but I think we’ve developed now,” he said.

There was heartbreak for Callum Devine who was more than nine minutes clear of Enrico Oldrati in second. The Irishman retired with broken steering three stages from the end to leave the Italian to claim a podium in only his fourth rally.

Dave Holder finished a career-best third, despite rolling on Saturday morning. The New Zealander was more than seven minutes ahead of Turkey’s Bugra Banaz.

Bergkvist charged through the final day, winning four of the five stages, to climb from eighth to fifth. Luca Bottarelli rounded off the top six.

Ken Torn retired from fifth after rolling and Julius Tannert dropped 13 minutes in the final test after breaking a turbo pipe.

The championship pauses for the early summer before returning at Neste Rally Finland on 26 – 29 July.