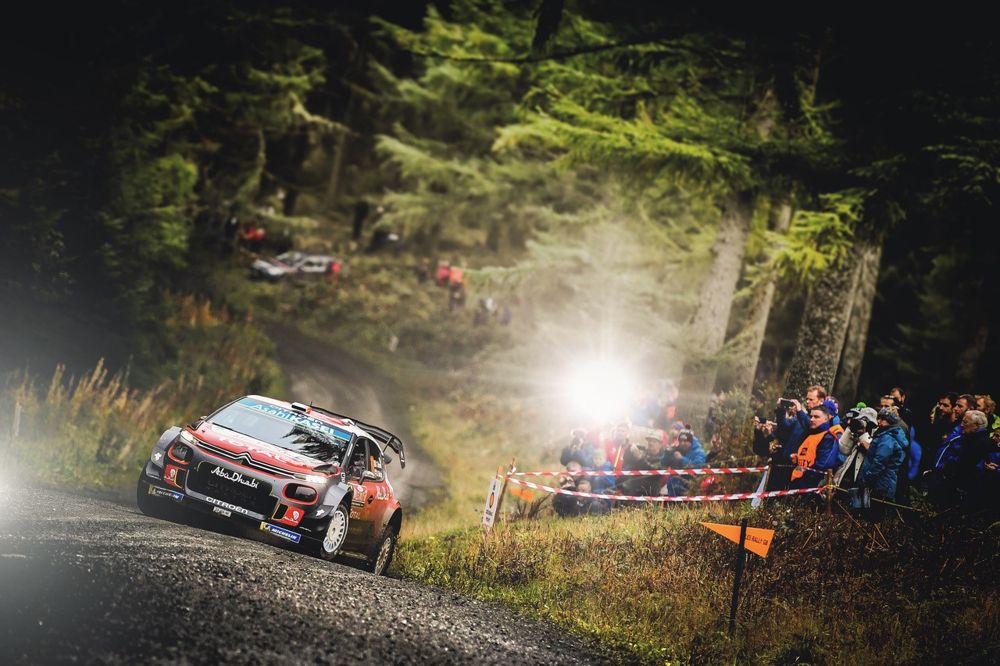 The 27-year-old Finn, who leaves Toyota Gazoo Racing after two seasons, is regarded as one of the WRC’s rising stars and believes partnering five-time champion Ogier can only help his career.

“It’s a good opportunity for me to keep improving. After having learned many things from Jari-Matti Latvala last year and from Ott Tänak this year, I’ll have everything it takes to be even better if I also manage to draw inspiration from Seb,” said Lappi, who inked a two-year deal.

Citroën’s C3 World Rally Car has not won since Kris Meeke’s victory in Spain 12 months ago, but Lappi believes his switch will pay off.

“I’m convinced the car has a lot of potential, as does the team, which has a long history and a lot of experience in the WRC. The fact that Pierre (team principal Budar) clearly wanted to recruit me also counted a lot when it came to making my decision,” he said.

Lappi lies fourth in the 2018 drivers’ standings and his maiden victory at his home rally in 2017, on only his fourth World Rally Car drive, signaled the arrival of a new star.

We were keen to sign up two very competitive crews for next year and the arrival of Esapekka is therefore excellent news. Putting faith in young drivers has long been hard-wired in the DNA of our brand and Esapekka certainly has the ideal profile,” said Budar.

“Talented, determined and focused, he should form both a complementary and formidable pair with Sébastien. We feel there is still room for him to improve, so we’ll be doing what we can to get him in the best possible shape to help him continue his impressive rise through the ranks.”

Lappi’s arrival leaves an uncertain future for current Citroën pair Craig Breen and Mads Østberg. Budar has made it clear his focus was firstly on securing a strong two-car line-up and both might look towards M-Sport Ford as a 2019 possibility.