OTT TÄNAK WON RALLY SWEDEN ON SUNDAY AFTERNOON TO LEAD THE FIA WORLD RALLY CHAMPIONSHIP FOR THE FIRST TIME IN HIS CAREER.
The Estonian, driving a Toyota Yaris, claimed a commanding 53.7sec victory at the series’ second round after easing through the short final leg on snow and ice-covered roads.

Esapekka Lappi finished second in a Citroën C3 after a titanic four-way fight for the remaining podium places. The Finn edged Thierry Neuville’s Hyundai i20 by 3.0sec. 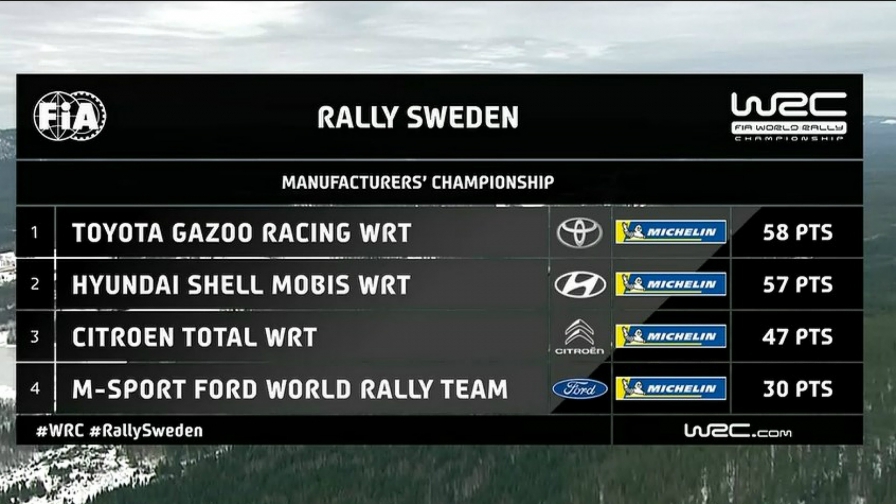 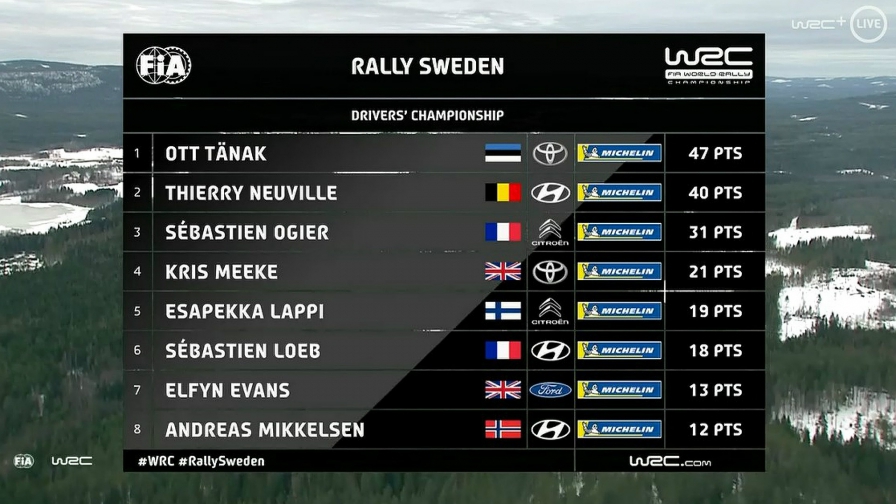 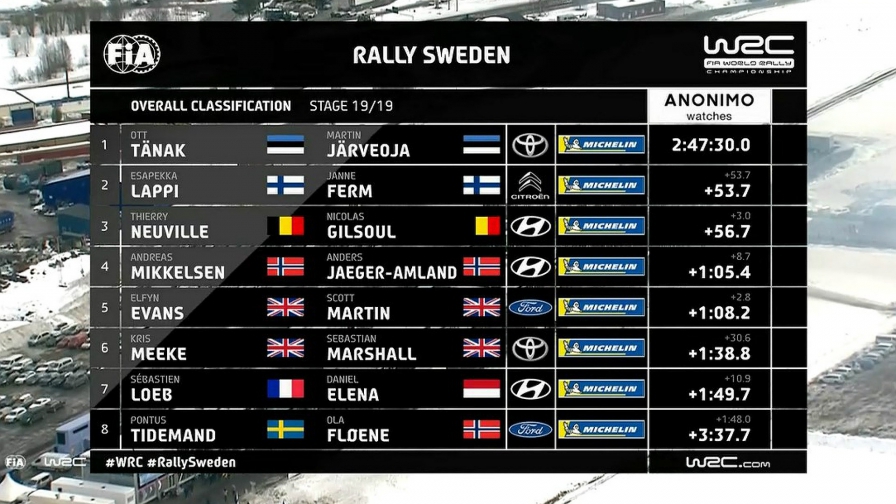