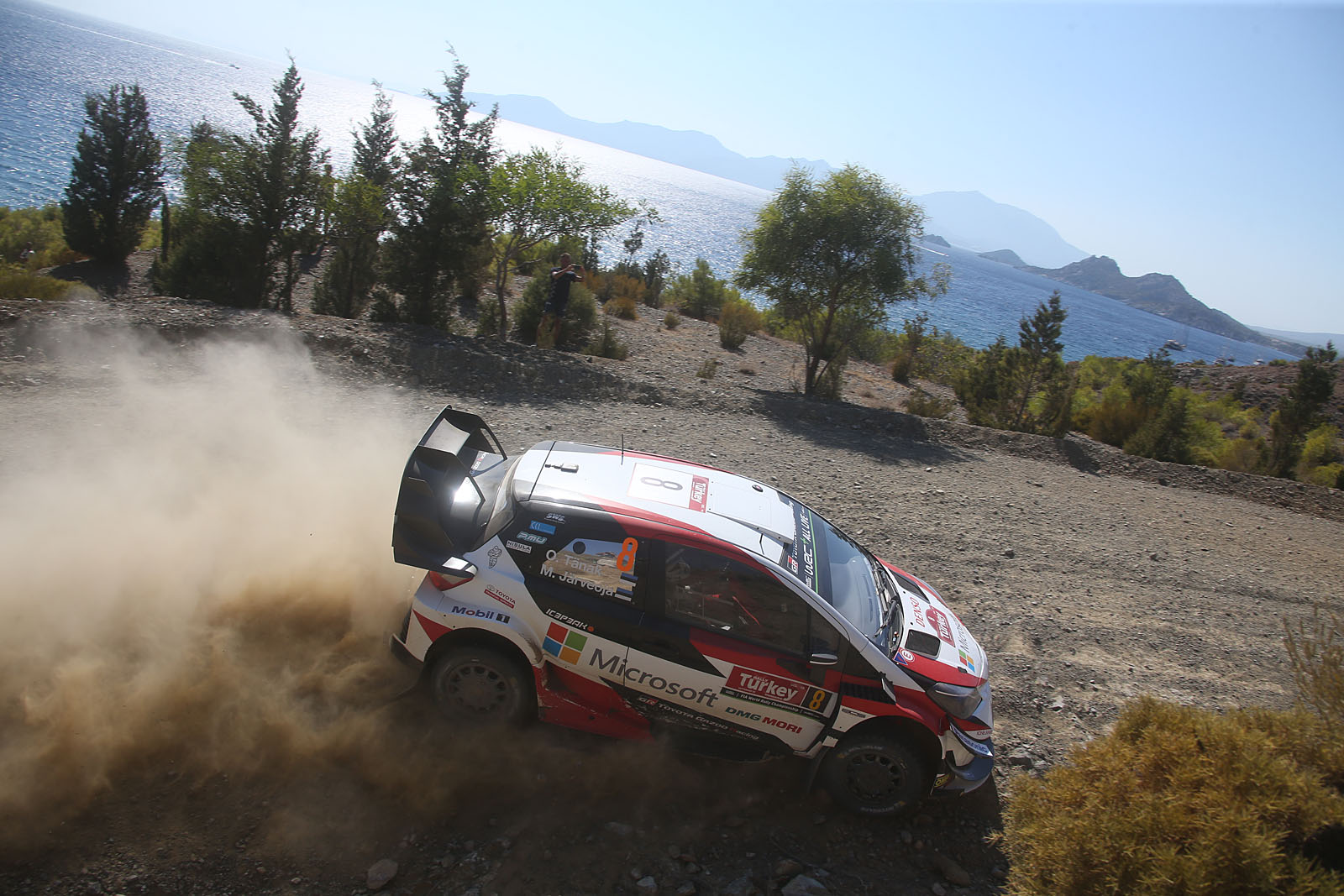 Estonia’s Ott Tänak arrives on Turkey’s Turquoise Coast on top of the world, having won four of the last five rounds of the FIA World Rally Championship (WRC). Those achievements have given the Toyota Yaris WRC driver a 33-point advantage in the 2019 Drivers’ Championship.

Rally Turkey rejoined the WRC in September last year after an eight-year absence and the Estonian claimed a 23.3-second victory to boost his title chances. Ultimately he fell short of winning the series in 2018, but the odds of him claiming a maiden World Championship triumph are shortening this time around after his win in Sweden and then four successes in five rounds with the Toyota Gazoo Racing World Rally Team in Chile, Portugal, Finland and Germany.

Tänak said: “Our aim will be to try to win again in Turkey, but we saw last year that it’s a very hard event. We were able to take victory and finish one-two for the team, but it was more thanks to being smart, as our speed there was not so strong. The stages can be very rough, so the approach is mainly about avoiding any problems.”
Tänak’s team-mate Kris Meeke is a distant fourth in the championship standings – the Ulsterman’s best result of the season thus far being second in Germany last time out. He will be taking part in the Turkish event for the first time and admits that the lack of experience from 2018 may be a hampering factor.

Jari-Matti Latvala has endured a mixed season in the third Yaris WRC. Cruel mechanical issues have blighted the Finn’s progress, but the last two rallies netted a pair of third places in Finland and Germany and the Finnish veteran of 205 WRC rallies is well placed to challenge for fourth in the Drivers’ Championship. He finished second overall in Turkey last year and may be even more competitive now that the team appears to have solved its niggling brake issues and has data and feedback from a recent test on abrasive gravel in Greece.

Midway through the season, the Hyundai Shell Mobis World Rally Team appeared to be coasting towards the Manufacturers’ title. But events have changed quickly. Toyota has reduced the gap to just eight points, courtesy of two wins and a third and a second in Finland and Germany, and the Korean manufacturer needs to react swiftly.
Thierry Neuville now finds himself 33 points behind his great Estonian rival. After a strong start to the season that saw him win in Corsica and Argentina and take second places in Monte-Carlo and Portugal and third in Sweden, a massive crash in Chile and disappointing finishes in Sardinia and Finland have hindered the Belgian’s title challenge.
Andreas Mikkelsen is the second-ranked of the i20 Coupe WRC drivers in fifth place. The Norwegian was replaced by Sébastien Loeb in Corsica and Portugal, but has fought back strongly from a slow start to the season and earned third in Italy, fourth in Finland and sixth in Germany to add to second overall in Argentina.

Dani Sordo missed the first two rallies of the season and Rally Chile, because of the team’s driver rotation system, but the Spaniard is ninth in the rankings, courtesy of a shock win in Sardinia, fourth in Corsica and useful points in Argentina and Germany.

Hyundai’s team principal Andrea Adamo said: “The championship is incredibly close and we are pushing hard in every area to improve. We have pushed hard to make our car more competitive in an extremely close championship battle. The gap has been reduced but we now have to redouble our efforts.”

Ogier – heat is on for defending champion
The Citroën Total World Rally Team appears to be safe in third place in the Manufacturers’ series, but defending World Champion Sébastien Ogier looks very likely to lose out on the Drivers’ title for the first time since 2012 – he claimed six successive world titles between 2013 and 2018.

The 35-year-old Frenchman and team-mate Esapekka Lappi struggled in Germany and finished seventh and eighth overall and that slip-up, largely as a result of punctures, enabled Tänak to extend his lead over the C3 WRC driver to 40 points with four rallies remaining.

A worrying sign for Ogier is that he has not won a WRC round since Mexico in early March. Lappi’s season has featured highs and lows and a mid-season run of poor results is sandwiched between second places in Sweden and his native Finland.

“The times just weren’t there in Germany,” admitted Ogier, who carried out a short gravel test before Turkey. “It was not what we were hoping for. Our situation in the championship has not improved, but I’m going to keep fighting, like I have always done. Turkey is tougher than any other rallies, definitely for roughness. It is hard for the cars because, when the speeds are lower, there’s less natural cooling for the components.”
Citroën’s team principal Pierre Budar added: “”We are obviously in a more difficult situation in the championship now. But we are not the kind of people to give up whilst there is still hope. Four rallies to go, including some of the most difficult events, so a lot can still happen.”

The M-Sport Ford World Rally Team needs a boost and some good fortune after an accident at Rally Estonia sidelined Elfyn Evans with a back injury for the most recent two rallies in Finland and Germany and now here in Turkey.

Gus Greensmith replaced the Welshman on the first two, but the Englishman’s switch back to the WRC 2 Pro category gives Sweden’s Pontus Tidemand the chance to shine alongside Teemu Suninen in Turkey.
Evans and Suninen currently hold sixth and eighth in the Drivers’ Championship standings, while Tidemand returns to a World Rally car for the first time since finishing 20th in Monte-Carlo and eighth in Sweden with Ford and teams up with Ola Fløene. Suninen achieved a solid fourth-placed finish in Turkey last year and will be aiming to build on that result.

Evans is scheduled to return to the wheel of the Ecoboost-powered Ford Fiesta WRC in Wales, but the team languishes at the foot of the Manufacturers’ standings and badly needs a podium finish this weekend.
Team principal Richard Millener said: “We have not had the best of luck recently, but we are focused on giving Elfyn and Teemu their best chance of fighting for fourth place in the championship – a battle which currently sees five drivers separated by just 10 points!”

Thursday
Tomorrow’s hectic schedule gets underway with the traditional 4.7km shakedown stage at Değirmenyani. World Rally Cars will be permitted on to the special from 10.00hrs with action continuing on the track for non-priority drivers until 15.30hrs.

After several of the leading competitors in each of the categories have attended the official FIA pre-event press conference at the Media Centre in Asparan, crews then return to Marmaris to prepare for the ceremonial start at Marmaris Meydan from 20.05hrs.

Teams will then tackle the opening two-kilometre super special stage in the centre of Marmaris from 20.08hrs before returning to Asparan. 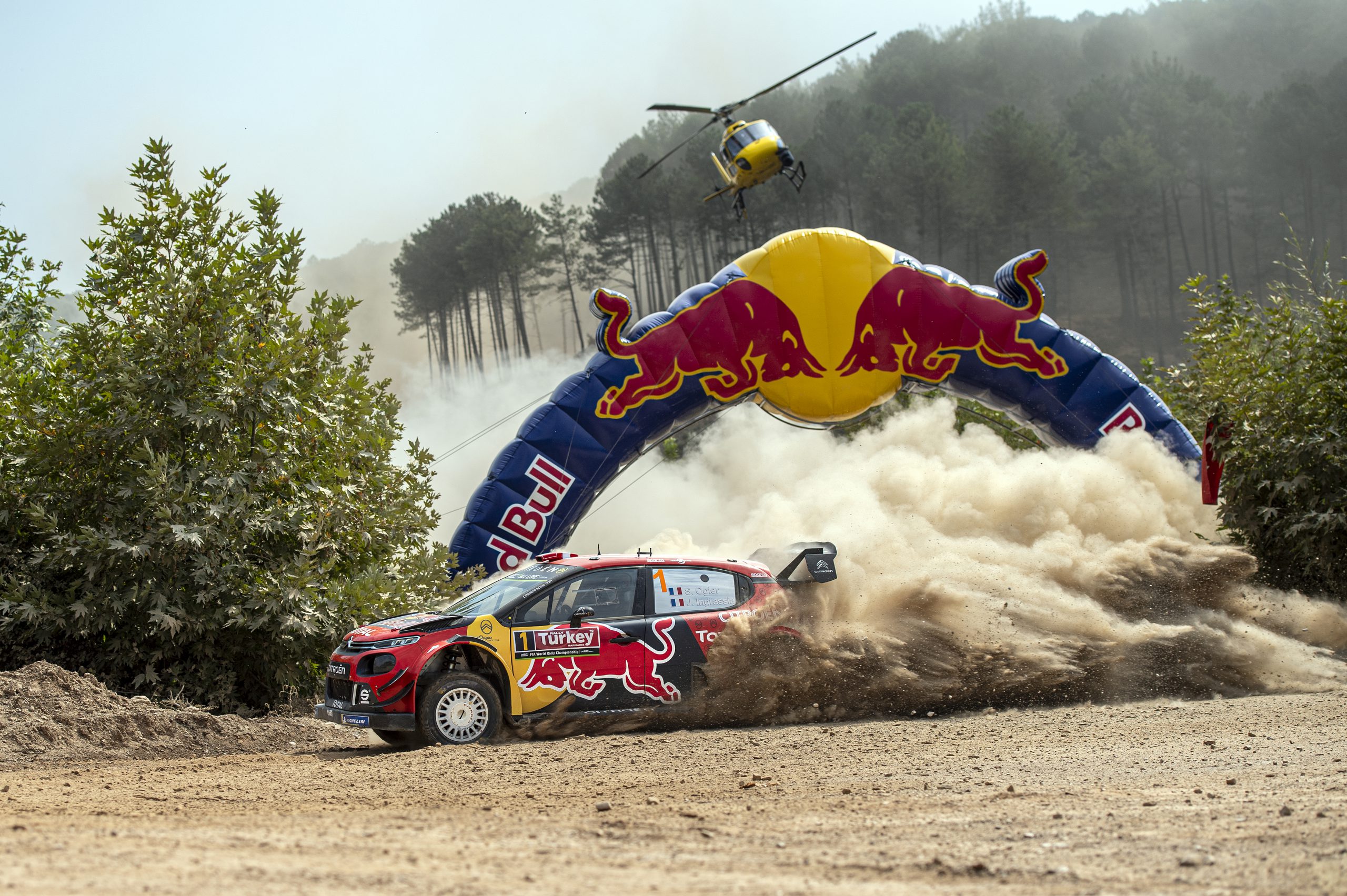 Under the Auspices of the Presidency of The Republic of Turkey the 5th round of FIA World Rally Championship “Rally Turkey”, will be hosted by Turkish Automobile Sports Federation (TOSFED) on September 18/20. With Rally Turkey being ‘the biggest...