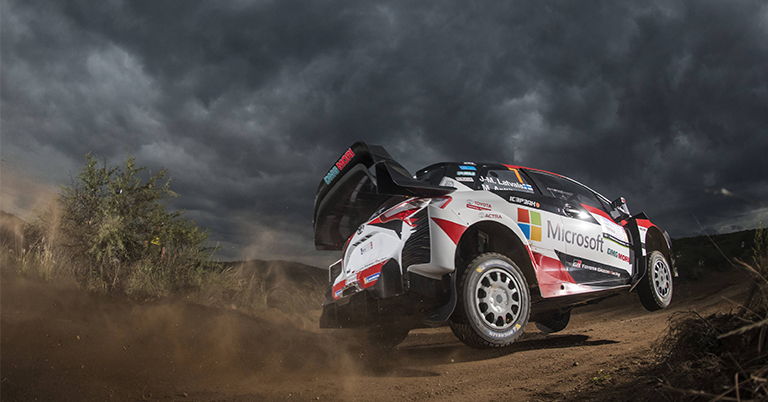 The Toyota Gazoo Racing driver topped the times through the gravel road speed test in his Yaris World Rally Car by 0.3sec from Craig Breen’s Citroën C3. Kris Meeke was a further tenth behind in another C3.

Meeke set the early pace in the first two passes through the 4.25km stage from Villa Carlos Paz to Cabalango, before Latvala claimed top position in his third and final run as the surface became increasingly cleaner.

“We had a good feeling with the car this morning. We did a pre-event test in Sardinia and I was happy with what we did over there. I enjoyed the improved traction of the car so that’s one step forward,” said Latvala.

“We made a few small changes this morning, but nothing big, in the suspension just to see the differences between a softer and harder set-up.”

Breen is competing in Argentina for only the second time and his maiden appearance last year lasted only four stages before he retired. He took the opportunity to increase his experience with five runs through the stage.

Andreas Mikkelsen was also busy, the Norwegian completing five runs in his Hyundai i20. He was fourth, 0.7sec off Latvala’s pace, with Ott Tänak next up in a Yaris and Thierry Neuville completing the top six in another i20.

Hyundai fitted new radiators to all three of its i20s last night to offer improved cooling as temperatures are set to climb to 29°C in tomorrow’s opening leg.