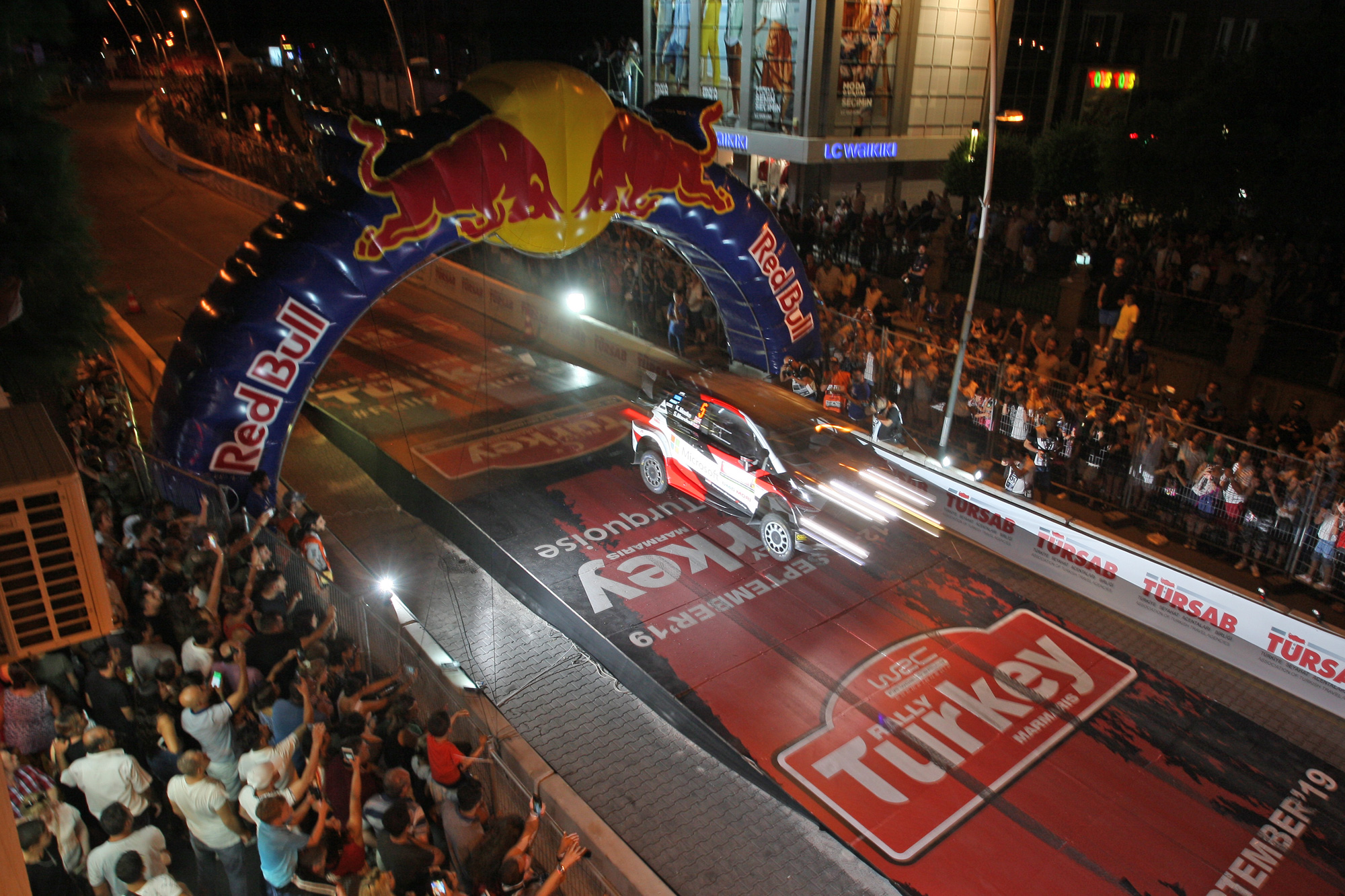 The Hyundai Shell Mobis World Rally Team duo of Andreas Mikkelsen and Thierry Neuville clocked the joint fastest time on the opening two-kilometre asphalt and paved super special stage that kick-started the weekend’s action in Rally Turkey in the centre of Marmaris on Thursday evening.

Thousands of tourists mingled with local spectators to witness the spectacular ceremonial start and firework display at Marmaris Meyden before Škoda Motorsport’s Jan Kopecký got the competitive action underway on the special stage.

A time of 2min 02.6sec gave the Norwegian and the Belgian the early bragging rights, but the outcome was largely irrelevant with 16 gruelling special stages on abrasive gravel to come on sinuous trails through the hills around Muğla and Marmaris over the next three days.

M-Sport Ford’s Pontus Tidemand was third through the special and six-time World Champion Sébastien Ogier finished fourth, as the spectacle of the WRC was brought to the bustling centre of the Turkish coastal town for the second successive year.

Teams will tackle two loops of three special stages on Friday and the 24.80km of Içmeler is first on the agenda from 08.08hrs. Çetibeli – the longest stage of the rally at 38.15km – follows from 09.31hrs and the morning loop is completed with the 16.57km of the Ula stage from 10.54hrs.

The three stages are repeated in the afternoon at 14.17hrs, 15.40hrs and 17.03hrs after a return to Asparan for the lunchtime regroup and service.

To add potential spice to proceedings, there is the threat of rain and potential thunderstorms on the local weather forecast from 11.00hrs onwards.

The first 5.95km of Içmeler are new sections of gravel track, while the remainder is the same as the route used for SS10/13 in 2018. Çetibeli is identical to the route used as SS2/5 last year, while Ula features a new section of two kilometres in a special that was used as SS3/6 in 2018.