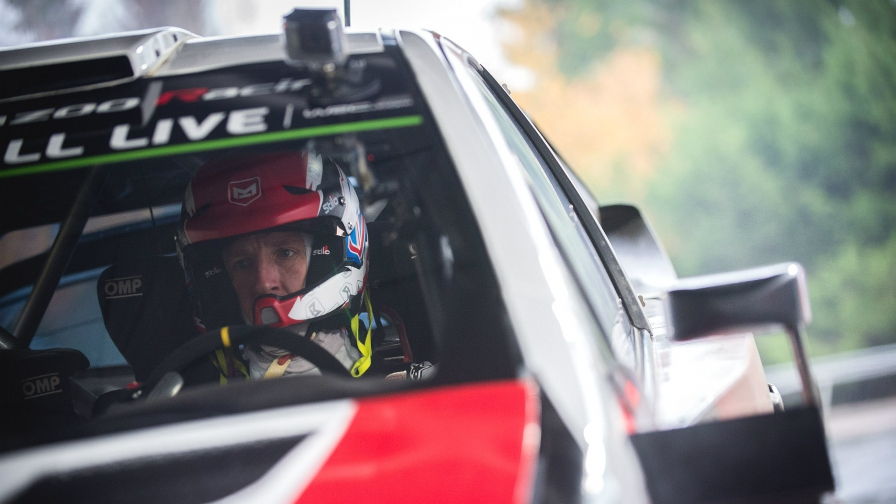 Meeke replaces Esapekka Lappi who will team up with Sébastien Ogier in a new-look Citroën Racing squad.

The 39-year-old Ulsterman has not driven in the WRC since May’s Vodafone Rally de Portugal. He retired from the event after a big crash and was axed days later by Citroën.

Meeke tested a Yaris for the first time in Finland on Tuesday and said the motivation to chase the world title remained.

“It’s been a difficult few months for me but I wasn’t that long away and I got that hunger back. I knew deep down I wanted to come back to drive a rally car and to have my first experience of the Yaris on these stages, it just gives me so much pleasure to drive a car again,” he said.

I have given my life to rally and rally has given me so much but certainly I didn’t feel it was time to stop. I still think I can achieve a lot more in the sport and hopefully with this new exciting venture we can achieve good things together.

“The fact that Tommi has been there, he’s done it, he’s one of the most successful drivers ever in the WRC with four back-to-back world titles, he knows what it takes from a driver’s point of view and when that guy is your boss it’s very easy to relate.

Mäkinen pointed to the pace and experience of his 2019 line-up to mount another title challenge.

“We know Kris is very fast, but he also brings a lot of experience. His technical understanding is at a really high level and I believe he can provide new knowledge and ideas to help us in our aim to keep making the Yaris WRC better,” he said.

I’m also very pleased Jari-Matti will continue to be part of our team. He has done some brilliant work for us and has recently been regularly on the podium again, which has been very important.