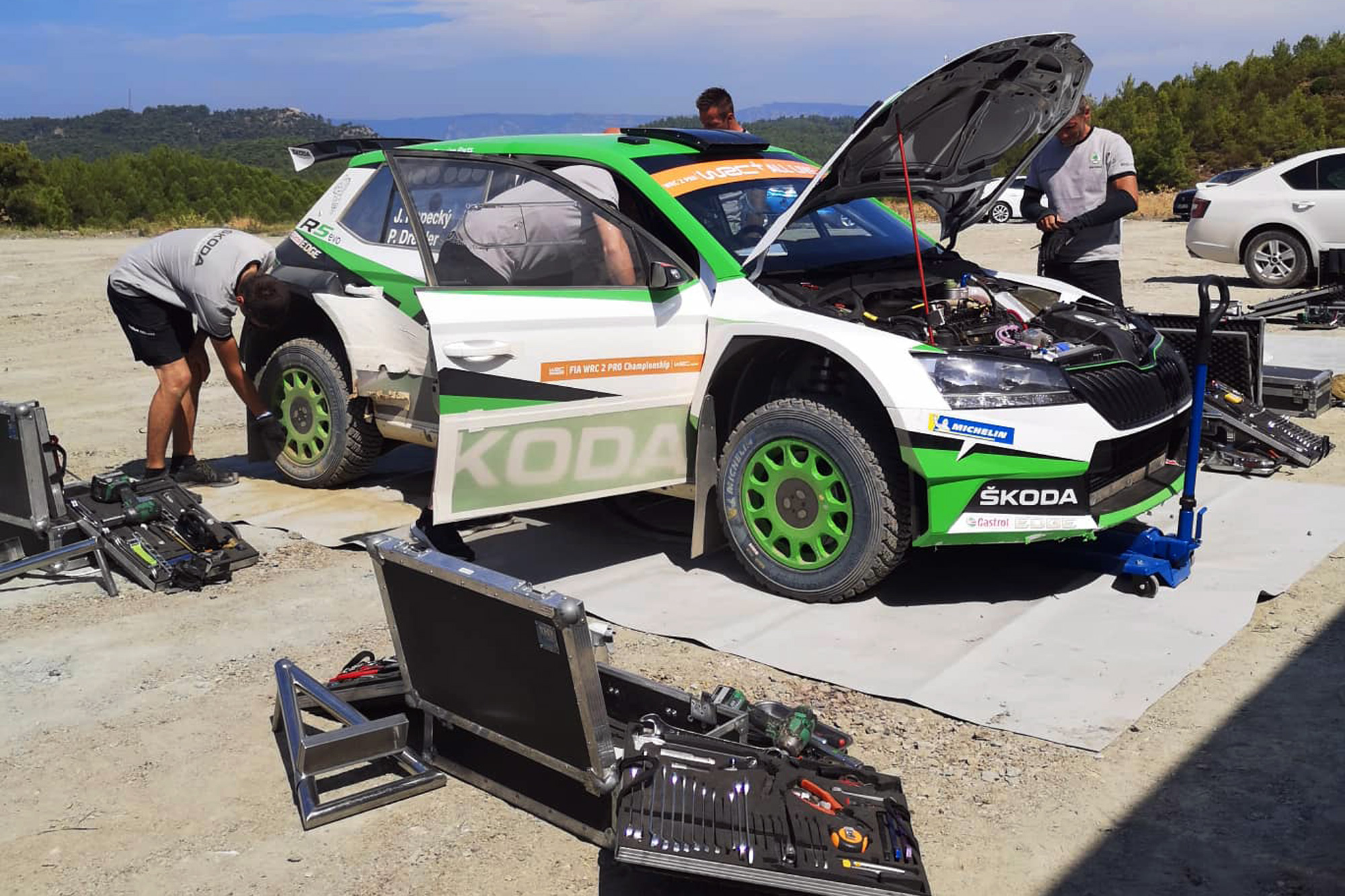 While most of the attention at this weekend’s Rally Turkey focuses on the battle in the FIA World Rally Championship for the Drivers’ and Manufacturers’ Championships, three of the leading contenders will be locked in a tussze for WRC 2 Pro category glory.

England’s Gus Greensmith set the early pace in the feeder category for the main series in his M-Sport-backed Ford Fiesta R5, but a promotion to a World Rally Car in Portugal, Finland and Germany and scintillating form shown by young Finn Kalle Rovanperä means that his rival arrives on the Turquoise Coast defending a handsome lead of 41 points in WRC 2 Pro.

Škoda Motorsport’s young rising star has been a class apart on recent rallies and has even put his more experienced Czech team-mate Jan Kopecký in the shade in terms of stage performances and results. He reeled off four straight wins in Chile, Portugal, Sardinia and Finland and finished third in Germany after an early mishap.

Both drivers line up in their Fabia R5 Evos in Turkey with Kopecký holding fifth in the championship, 90 points behind his colleague, after two second places in Portugal and Sardinia and an impressive win on the German asphalt. A test on gravel stages in Sardinia at the end of August should stand the team in good stead ahead of Rally Turkey.
Greensmith won in Monte-Carlo and holds third overall, 25 points adrift of the experienced Norwegian driver Mads Østberg who, like Poland’s Lukasz Pieniazek and Frenchman Eric Camilli, have not made the trip to compete over the sinuous and abrasive Turkish gravel stages in the hills around Muğla and Marmaris.

Greensmith will drive the new Ecoboost-powered Ford Fiesta R5 in Turkey for the first time and is cautiously confident after the short Monday test before the start of two days of stage reconnaissance.

Gryazin leads the way in WRC 2
The WRC 2 category continues to attract an impressive number of entries. Mexico’s Benito Guerra was the leader of the section for much of the early season, following a home win and second places in Argentina and Chile, but he has now slipped four points behind the Russian driver Nikolay Gryazin in the points’ standings after missing the last three rallies.

Gryazin also drives a Škoda Fabia R5 and snatched a vital win in Finland to add to his second place in Corsica and fifth-placed finishes in Sweden, Portugal and Germany.

Both third-placed Frenchman Pierre-Louis Loubet and Norway’s Ole-Christian Veiby, who holds fourth, are absent in Turkey and that has left the door wide open for Poland’s Kajetan Kajetanowicz to close in on the leaders in Turkey.

The Volkswagen Polo GTI R5 driver has a second place and two thirds to his name so far this year and would dearly like to give the Polo a second WRC 2 win of the season, following Veiby’s success in Sweden.

It will be far from easy for the Pole, however. He faces fierce competition from the Turkish trio of Burak Çukorova, Deníz Fahri and Bora Manyera at the wheel of Škodas and two Fords in the hands of Murat Bostanci and Bugra Banaz.

Tomorrow (Wednesday) crews complete their reconnaissance of the special stages before the on-stage action begins with the traditional 4.7km shakedown stage from 10.00hrs at Değirmenyani on Thursday morning.