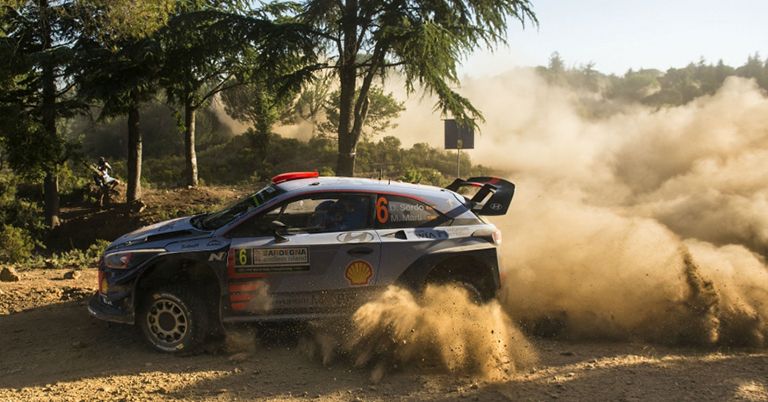 Rally Italia Sardegna (7-10 June) is one of the toughest events on the WRC calendar. And this week’s rally will be no exception as high in-car temperatures and narrow, rugged gravel roads push crews to their limit.

One of the events which formed part of the inaugural WRC calendar in 1973, the rally moved to the island in 2004 and the picturesque seaside town of Alghero will once again be the host.

After leaving the waterfront service park, teams will tackle 20 stages totalling 314.36km of competitive action with 36.51km of the route new for this year.

The action starts on Thursday night with the ‘Ittiri Arena Show’ – a 2km superspecial that is held at the former Ittiri motocross track.

Saturday is the longest day of the rally, with 146.14km of stages broken into two loops of three tests – Coiluna-Loelle (14.95km), Monti Di Ala’ (28.52km) and Monte Lerno (28.89km). The 1.42km Citta Di Ittiri-Coros stage splits the day and gets the action back underway after a midday service halt in Alghero.

Crews will head north of Alghero along the coast on Sunday to tackle the Cala Flumini (14.06km) and Sassari-Argentiera (6.96km) tests. Both stages – which were used in 2017 – are run twice on Sunday, with the latter being the venue for the Live TV Power Stage which gets underway at 12.18 local time.

One of the WRC’s best-known locations – Micky’s Jump – will draw large crowds on Saturday as the crews drive the Monte Lerno stage twice. Cars will fly high and long as the road literally drops away beneath them.
The podium ceremony in Alghero is on the of the event’s most spectacular features, as teams dive into the harbour en masse to cool off after receiving their trophies.