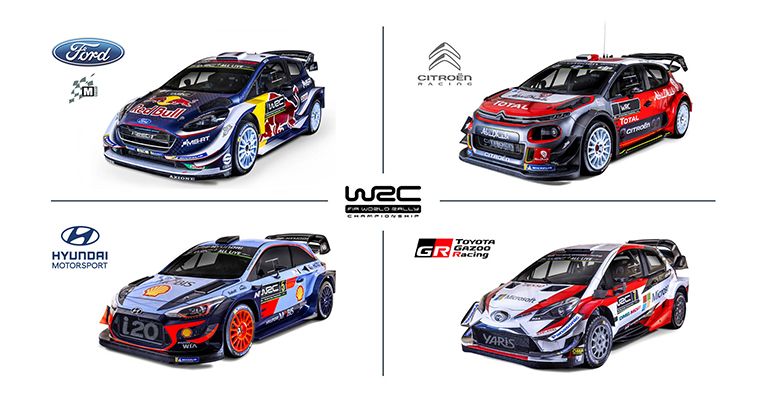 THE FIA WORLD RALLY CHAMPIONSHIP (WRC) PITS DRIVERS AND PRODUCTION-BASED CARS AGAINST SOME OF THE TOUGHEST AND MOST VARIED CONDITIONS ON THE PLANET.

Established in 1973, the WRC is widely regarded as the most challenging motorsport championship in the world.

In 2016, the roads on this epic motorsport adventure are spread across more than 15 countries, with 14 rallies on everything from snow packed forest tracks to rock-strewn mountain passes.

How a Rally works

Each rally features a number (typically between 15 and 25) of timed sections – known as stages – run on closed roads.

Drivers battle one at a time to complete these stages as quickly as possible, with timing down to 1/10th second. Along the way, a co-driver reads detailed pace notes that explain what is coming up ahead. Competitors drive to and from each stage on public roads, observing normal traffic regulations.

Most rallies follow the same basic itinerary. This starts with two days of ‘reconnaissance’ where driver and co-driver practise the route, at limited speed, to make pace notes. It is followed by ‘shakedown’ – a full speed test of their rally car – with the competition proper running for three days from Friday to Sunday.

Because rallies go on for several days, competitors visit a ‘service park’ at pre-determined points to allow technicians to perform mechanical work on each car. Service time is strictly limited, with each stop being either 10, 30 or 45 minutes. At the end of each day’s competition, cars are held in a secure parc ferme.

Away from the service park, only the driver and co-driver can work on their car, using only tools and spare parts carried on board.

Time penalties are applied if visits to the service park exceed the allotted time. Penalties are also given to competitors who arrive late at stage starts, or any other check-points throughout the event.

The crew that completes all the stages in the shortest time is the winner. Points are allocated to the top ten finishers on a 25-18-15-12-10-8-6-4-2-1 basis. Points are awarded to registered teams in the same way.