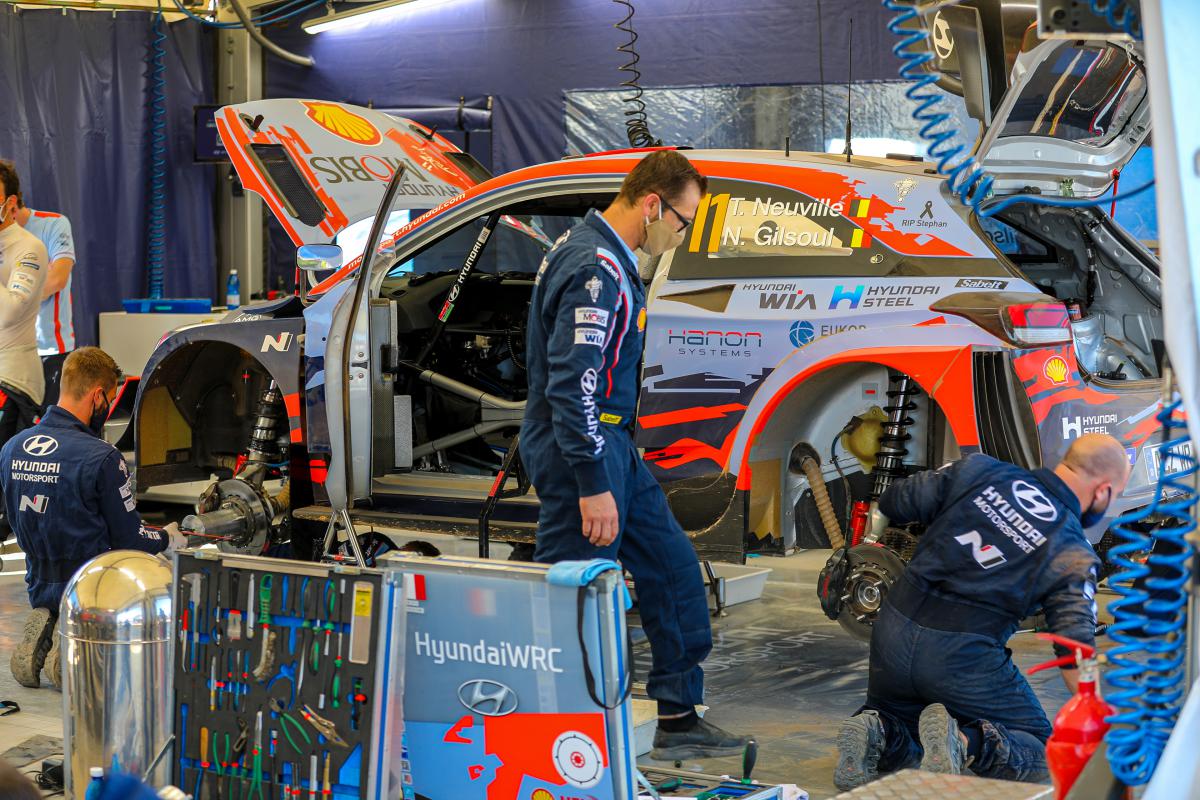 “Same info as you (Tänak), when the car is back we check. It looks like Seb and Thierry are battling

close. It is not Thierry leading but let’s see. Our Seb has not been as fast as we thought he coul be able

“It has been a good loop for us, happy to be in the lead as always. Everything still to be played. It is

going to be difficult. I was trying to push. The first stage on the first pass is not too rough. The risk is

kind of under control. We are close to the limit. When the feeling is there and I trust tthe car I don’t feel

that I take too many risks. It will be hot this afternoon and hard for the tyres.”

“It’s not been a bad morning. Pretty good feeling in the car. Still a little bit off the guys fighting in the

front. Be nice to be close to them this afternoon. It’s a difficult balance here, a combination of looking

after the tyres and managing the car. We amend the notes when we can if we think we can go a bit

faster. I think we stick to what feels good. If you start fighting with the car this afternoon you can cause

problems for yourself later in the loop.”

competitive with me being able to go a little bit faster. I struggled with the handling. In the very rough

parts we are missing performance. I was able to send a couple of markers (button on steering wheel to

send a signal) in the stage to show the engineers where I want to improve the car. They are going to

work on that. The second pass will be even more rough but we want to increase the speed. Me and Seb

have a small gap but anything can happen on this rally.”

“It was quite tough morning and hot in the long stage. I was not fully happy with the set-up of the car. I

struggled with under steer and we clear the lines for the guys behind. The gap (Loeb) is really small. It’s

a nice fight with him. We both want to be higher on the leader board.”

“The stages are challenging. I couldn’t push the car to the limit, I tried my best. It has not been enough.

Okay morning but not perfect for us.  I have been close to my limits. I was happy for the driving but

there is still some time between the top drivers. We need to push even more.”

“We knew beforehand it is not easy to be early on the road. I checked the times from last year and the

front cars were losing a lot of time. We made some changes for the middle stages and it went the wrong

way. I got wiser and we went the opposite way for the last stage and it was better. Some times the guys

in front are not using the lines I do. It was a bit tough. We try to improve (settings) now. All I can do is

stay out of trouble.”

and we destroy the mediums. For the rest we had to carry two wheels. The next two stages were quite

okay. It will be important to make a good choice this afternoon. I will try to push in the afternoon.

Hopefully we find a good set-up for the second pass. It will be quite rough, I think.”

“I thought the first stage would be better than last year. It wasn’t, we couldn’t control the car. We

suffered without being able to test. My car was way too stiff and was set up for a second pass. We

made changes and they did make a difference.”

“It was very difficult for me. My best was not good. I did not find rhythm this morning.  A lot of things to

understand. We will try to manage and do better. The first one was horrible. I stalled two times and I

had no traction. When the corner was tricky it was very hard to go out. Maybe we have a bit more grip