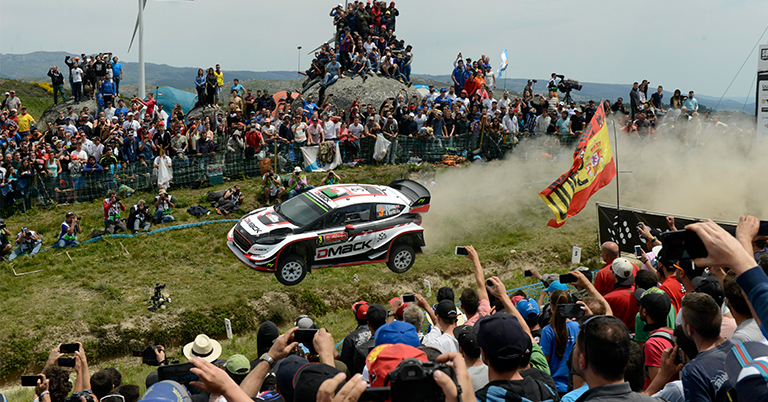 Entries For The 2018 Vodafone Rally De Portugal Are Now Open

LISBON (PORTUGAL): Entries official opened today (Wednesday) for the 52nd Vodafone Rally of Portugal, the sixth round of the prestigious FIA World Rally Championship. Organised by the Automóvel Club de Portugal (ACP), the Porto-based gravel event is one of the most popular in the entire championship.

The Exponor Exhibition Centre in Matoshinhos, located just 6.5km from Porto’s Francisco Sá Carneiro airport, will once again host the event’s Service Park and there will be no changes to the official ceremonial start in the historic town of Guimarães and the opening super special stage at Lousada on Thursday, May 17th.

Friday’s action again includes the Viana do Castelo, Caminha and Ponte Lima special stages, but the 2018 timetable will also feature an exciting Porto Street Stage, which replaces the short timed test that ran in Braga last year. The Porto stage ran for the first time in 2016 and has been re-introduced and modified slightly in this year’s rally itinerary. Competitors will tackle the 1.95km stage on two occasions.

There are no changes to the format for Saturday. Teams will face the rigours of two passes through Viera do Minho, Cabeceiras de Basto and Amarante, the latter being the longest stage of the rally once again at 37.60km.

The notorious Fafe stage – where the flying Finn Esapekka Lappi was awarded the distinction of FIA Best Action Moment by WRC Promoter – will be used on two occasions with the second run forming the event’s points scoring finale and Power Stage. The Montim special will be used twice and crews will also tackle the Luílhas special once.

Race officials have also confirmed that the Rally Pass, a VIP ticket giving access to exclusive spectator areas, is now available from the rally website www.rallydeportugal.pt.

The Rally of Portugal first ran in 1967 and was part of the inaugural World Rally Championship in 1973. After running in the Algarve region for 10 years it returned to its traditional northern base in 2015.