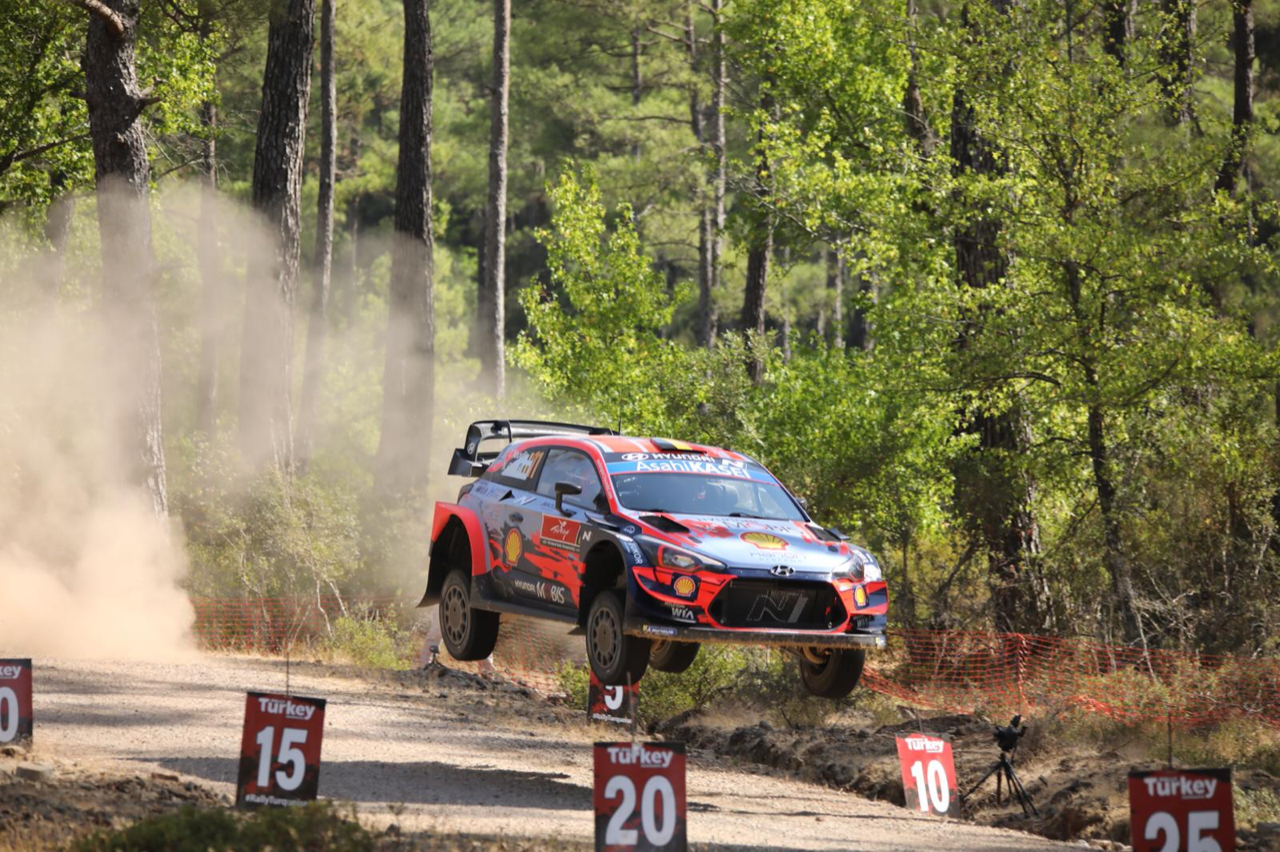 The Hyundai Shell Mobis World Rally Team crew made three passes through the rocky stage that had deteriorated quite significantly by the end of the session. Team-mate Ott Tänak finished second with a top run of 3min 24.6sec and young Kalle Rovanperä rounded off the top three.

“Incredibly rough stages are waiting for us” said Neuville. “Shakedown was already very hard but we survived and were able to find some good settings.”

The Shakedown runs set the stage perfectly for what looks set to be an explosive two opening specials this evening with vital road positioning at stake for Saturday’s six timed tests.

Dry and dusty conditions greeted Sébastien Ogier, the first of the Priority 1 drivers to tackle the Shakedown stage, and the Frenchman carded an opening time of 3min 28.6sec. After the first pass, the six-time World Champion said: “It was a lot of rocks. Luckily the whole rally is not like here. Tonight is going to be very crucial. We have to be at our very best straight away.”

Elfyn Evans missed last year’s event because of a back injury. Will that be a disadvantage for the Welshman? Eighth after the first pass, he said: “It is already very loose. It is going to be very tough out there but we will give it our best shot.”

Defending World Champion Tänak added: “We can expect a Turkish-style weekend. Rough as we all know…”

Rovanperä was the fastest of the drivers after the first pass with a time of 3min 27.2sec. The Finn commented: “I know the times are not so important and you have to be consistent and stay out of trouble. Let’s try and have a good weekend.”

Teemu Suninen needs to give the M-Sport Ford World Rally Team a good result, although the team did not test in Greece like their rivals. The Finn said: “Quite confident. This rally looks like its incredibly rough and we will need luck to get through without problems. We will do our best.”

Pontus Tidemand was the first of the WRC2 drivers into the stage but sustained a front-left puncture on his first pass, while M-Sport’s Gus Greensmith punctured during his second run and then crashed off the road and into a ditch 3.6km into his third. M-Sport mechanics will be busy working on the car before the official start in Marmaris.

After his first pass, Turkish front-runner Yağiz Avci said: “It is a good indication for the rally because the stage is already broken. We will see in the real rally…”