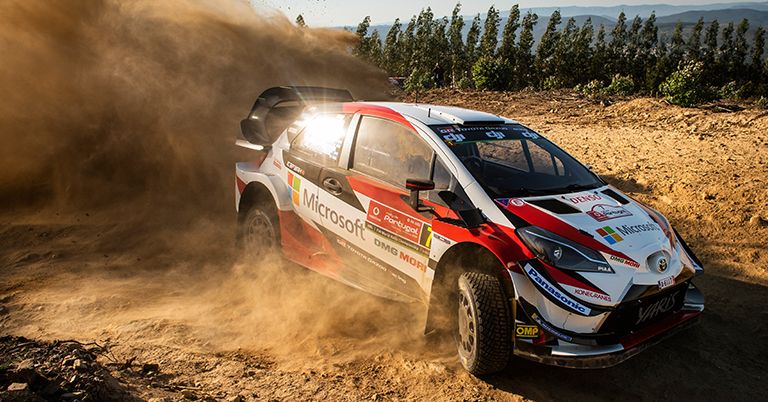 The Toyota Gazoo driver was fastest by 0.3sec through the 4.60km Baltar speed test in a Yaris World Rally Car. Ogier, driving a Ford Fiesta, and the Hyundai i20-mounted Neuville tied in second.

Conditions were dry and dusty and the stage, which ended with a loop of Baltar’s rallycross circuit, was closely contested. The top eight drivers were covered by a second.

Latvala set the pace in the first run, before Kris Meeke went top of the timesheets in a Citroën C3 at his second attempt. The Finn set the benchmark in his third run as most drivers posted their best time in their final pass.

It has been a disappointing year for Latvala. He is eighth in the points after retiring from the previous two rounds in Corsica and Argentina and views this rally as an opportunity to turn around his fortunes.

“Springtime has been difficult for me and I would really like to use this rally as a turning points for the season. I want to see the finish line, have a clean rally and find the speed I can do. I believe the car is competitive enough, so I have to stay cool and do my job,” he said.

“Three runs in a row this morning and no changes. You normally know that when you don’t need to do any changes then the set-up is correct and that’s the way it should be. If you have to start working in the shakedown, it’s normally not a good sign.”

Meeke, driving a C3, and Andreas Mikkelsen, in an i20, were tied in fourth 0.4sec adrift of Ogier and Neuville. Hayden Paddon, returning to the WRC after a three-rally absence, was another tenth behind in sixth.