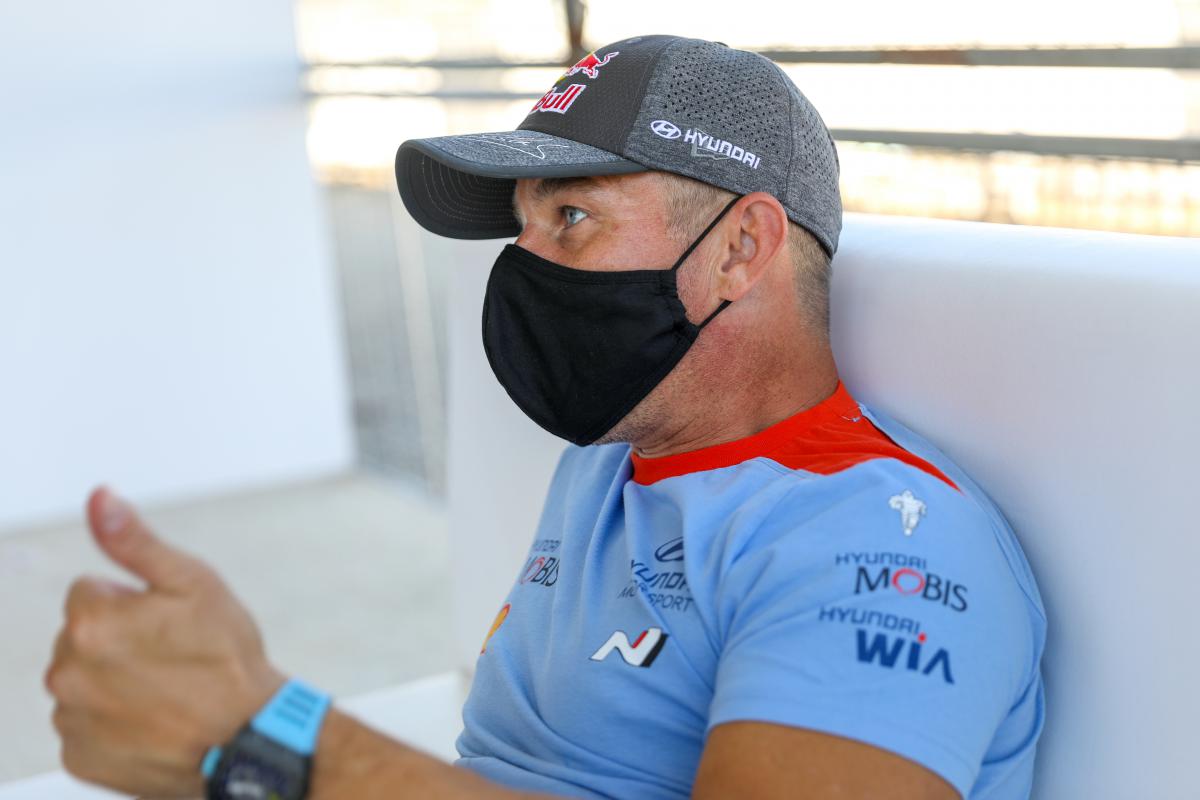 Loeb Lays Down The Gauntlet With Early Lead In Rally Turkey

The veteran of a record 79 WRC wins hasn’t competed since Monte-Carlo in January, but defied the odds to open up a 1.2-second lead over Hyundai team-mate Thierry Neuville at the start of the fifth round of the heavily revised 2020 FIA World Rally Championship.

“It feels very nice, I did not expect to be leading tonight,” said a delighted Loeb. “We didn’t find the road at the start with so much dust but I tried to go fast, even in the dust. I had precise notes and was able to do it. Leading the rally tonight is the best thing that can happen.”

Because of Covid-19 restrictions, a low-key start ceremony was staged without spectators at the Marmaris Atatürk Statue and then attention turned to the on-stage action.

It was massively importance for the championship protagonists to achieve a top result on the opening two stages. Their times would determine road positions for Saturday’s longest leg of the rally and could well have a major impact on the result of the event and the outcome of the shortened FIA World Rally Championship.

Ogier was the first driver into the opener and road sweeping duties failed to prevent the Frenchman from clocking a target time of 10min 18.2sec – he was eventually fifth. Evans pipped his team-mate by 1.2 seconds but Tänak ran even faster and topped the standings by four-tenths of a second.

A flying Neuville stormed through to beat his Estonian team-mate by 3.5 seconds to snatch the provisional lead, despite admitting to boxing clever in the tricky and slippery conditions. No rival could match the Belgian’s time of 10min 13.1sec and he took a lead of 3.3 seconds over the returning WRC legend Sébastien Loeb into the second special.

Frenchman Adrien Fourmaux headed the cautious Scandinavian duo of Pontus Tidemand and Eyvind Bryindsen in the WRC2 category. Marco Bulacia topped the WRC3 times from Kajetan Kajetanowicz and Sean Johnston after Spaniard Jan Solans dropped over one a half minutes to the Bolivian category leader.

Ogier swept the stage surface again in SS2 and stopped the clocks in 8min 34sec. The wind had dropped and dust was hanging between the pine trees in the setting sun, making conditions even more difficult for those following behind. “This was like a Power Stage,” said the Frenchman. “I gave it everything. Let’s hope there are some cars in front of us tomorrow.”

Evans admitting to losing vital seconds in the dust and slipped behind his team-mate and a disgruntled Tänak also dropped time and crucial places in the running order. A furious Neuville also lost time to Ogier but maintained his provisional lead by just 0.1 seconds. But there was no stopping veteran Loeb and he stormed home to take the overnight advantage in stunning fashion by 1.2 seconds.

Fourmaux held on to lead WRC2 comfortably by 23.0 seconds after Tidemand sustained a rear puncture near the finish of the stage and Brynildsen erred on the side of caution. Bulacia was in early control in WRC3.

Two loops of three demanding special stages make up the itinerary for Saturday, with each loop split by a regroup and service break at Asparan, the assistance area situated in a clearing amongst the hilly pine forests overlooking the Marmaris area.

The three varied specials will be repeated in the afternoon at 14.45hrs, 16.08hrs and 17.06hrs after the return to Asparan for service.

Rally Turkey is running with the valuable backing of the Republic of Turkey Ministry of Youth and Sports, Turkey Tourism Promotion and Development Agency and Spor Toto. Crucial sponsorship for the event comes from AVIS, Grand Yazıcı Club Turban, Turk Yacht, Pilotcar, Ahu Hastanesi, Mr. No Dardanel, Auto Club and Marmaris Municipality. Communications support comes from Turk Telekom and the event is being broadcast live on TRTSPOR2.