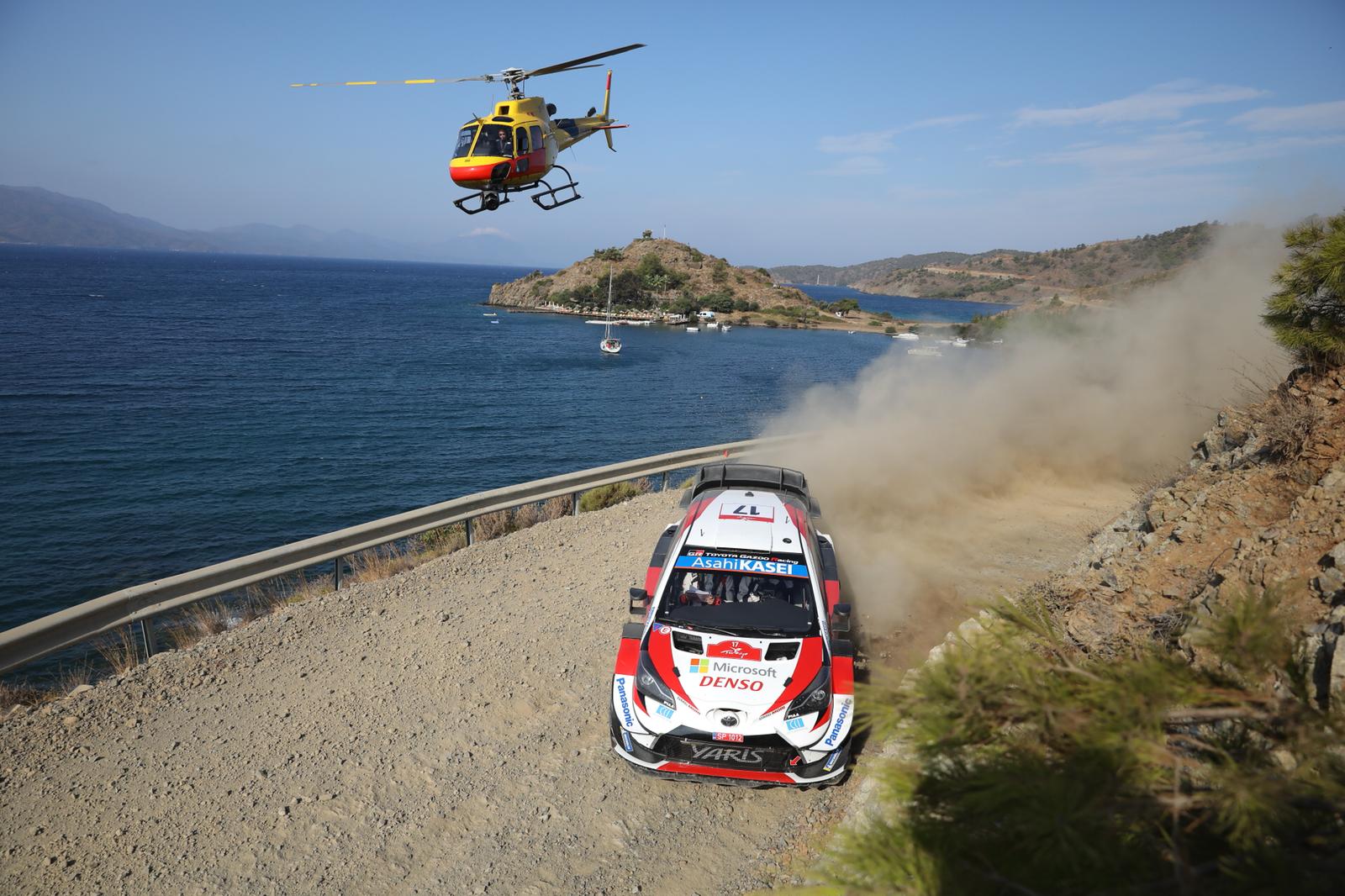 22 of the original 24 starters were given permission to start the stage.

“We have to (push). It is still very slippery but not a bad stage for me.”

“It was difficult in there to be honest. But all okay.”

“It was an okay stage. I have no confidence on the very rough. We need to work on the car. It is something we struggle with. This is the first time I finish this stage. I expected to be better than this.”

“It was okay. I think I used the tyres a bit too much.”

Stopped 25.9km into the stage after veering off a straight section and colliding with the banking. The crew tried to make emergency repairs after moving the i20 into a safer place along the track. After removing the wheel, the Estonian realised that the damage was not repairable and heavy time penalties await the defending World Champion. He told the team on the radio that he had a steering temperature alarm indication before the crash.

“I tried to push maybe too much. Tyre choice was not the best one. I don’t know. I had no grip at all. It

“I cannot control the car on the hard tyre. I am trying to make improvements but I am crawling around.

“It was very difficult. I was sliding a lot in the stage. It was difficult to find the rhythm.”

Stopped in the stage and then started moving again.

Retired with terminal mechanical issues on Friday evening after accident damage caused in SS2. He

had been third fastest in WRC3 in SS1.

Retired after an accident in SS1 on Friday afternoon.