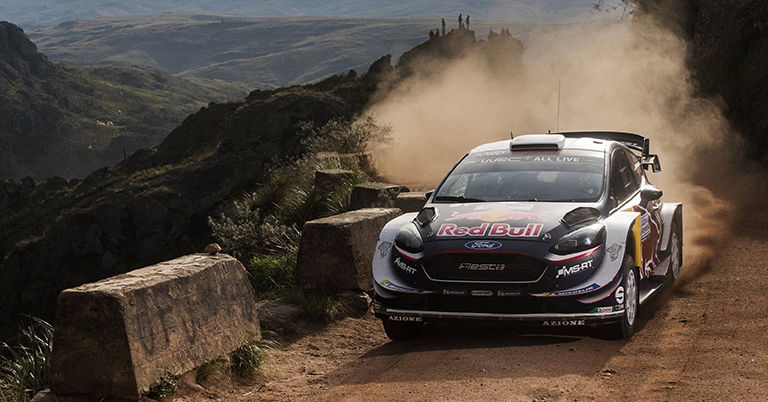 A DOMINANT OTT TÄNAK SCORED HIS THIRD WRC VICTORY, AND HIS FIRST FOR TOYOTA GAZOO RACING, ON SUNDAY AFTERNOON AT YPF RALLY ARGENTINA.

After dictating the opening two legs, he eased through the classic El Condor and Giulio Cesare speed tests in the rock-strewn Traslasierra mountains today to win this fifth round of the FIA World Rally Championship by 37.7sec.

The Estonian looked down and out after hitting a rock, spinning his Yaris World Rally Car and damaging its steering in Friday morning’s opening special stage.

He won 10 of the next 12 tests to storm into a comfortable lead, leaving his demoralised rivals fighting over the remaining podium places. It was his first win since August last year in Germany, and Toyota’s first success since last July in Finland.

“It’s a special one. We never knew what was going to happen with the team change but it’s nice to see how quickly we’re improving,” said Tänak, who joined the Japanese manufacturer at the start of the year.

“The car is near enough to my liking and it’s a massive boost for a driver if you have the confidence. I can’t say it was easy, I was pushing really hard and living on the edge on Friday and Saturday.”

Second for Neuville enhanced his title hopes. He narrowed the gap to championship leader Sébastien Ogier to 10 points, helped by a maximum five bonus points for winning the final Power Stage in his Hyundai i20.

Team-mate Dani Sordo finished a further 38.0sec behind in third to maintain his recent good form which has delivered two podiums from the last three events.

Ogier lacked the pace to improve on his record of three wins from the opening four rounds in a Ford Fiesta. The Frenchman held off a determined final day charge from Andreas Mikkelsen to claim fourth.

Norwegian Mikkelsen felt more comfortable with the handling of his i20 and fell 4.0sec short of overhauling Ogier. Elfyn Evans completed the top six in another Fiesta, despite rarely finding the pace which brought him within 0.7sec of victory 12 months ago.

Kris Meeke was seventh in a Citroën C3, the Ulsterman focusing on testing after a puncture on yesterday’s final stage ruined his podium hopes.

A similar problem delayed Esapekka Lappi in the opening pass through El Condor. The Finn conceded almost 80sec in his Yaris to slide from sixth to eighth.

The championship heads back across the Atlantic to Europe for round six. The gravel road Vodafone Rally de Portugal is based in Matosinhos on 17 – 20 May.