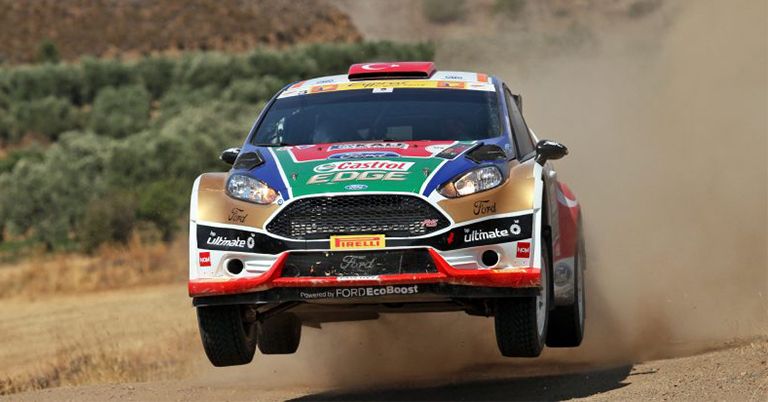 Turkish Team is ready for Start in Portugal

Castrol Ford Team Turkey, which finished 2017 season as European Rally Champion Team, is going to be challenging this year in one of the most prestigous sports organizations, World Rally Championship.

Castrol Ford Team Turkey will be competing with 2 crews in the 6th leg of WRC in Portugal. Murat Bostanci and Onur Vatansever are going to be racing in 4×4 Fiesta R5 with award-winning EcoBoost engine in WRC2 category, where competition is on top. Castrol Ford Team Turkey came in first as team, where Murat Bostanci played a great role, in ERT Team Championship. Also European Rally Trophy winner Bostanci is aiming to draw benefit from his experiences in this Championship.

Bugra Banaz-Burak Erdener duo, who has come in successfully in Tour de Corse, are going to be racing in Junior WRC with 4×2 Fiesta R2T. Engine of the year award has been given to 4×2 Fiesta R2T for the last 6 years. Banaz made a good start for the season with his result in Tour de Corse. (8th out of 14 pilots)

Team Director Serdar Bostanci mentioned that Castrol Ford Team Turkey had been a successful team for the last years and that he believed in being challenging in WRC as well.