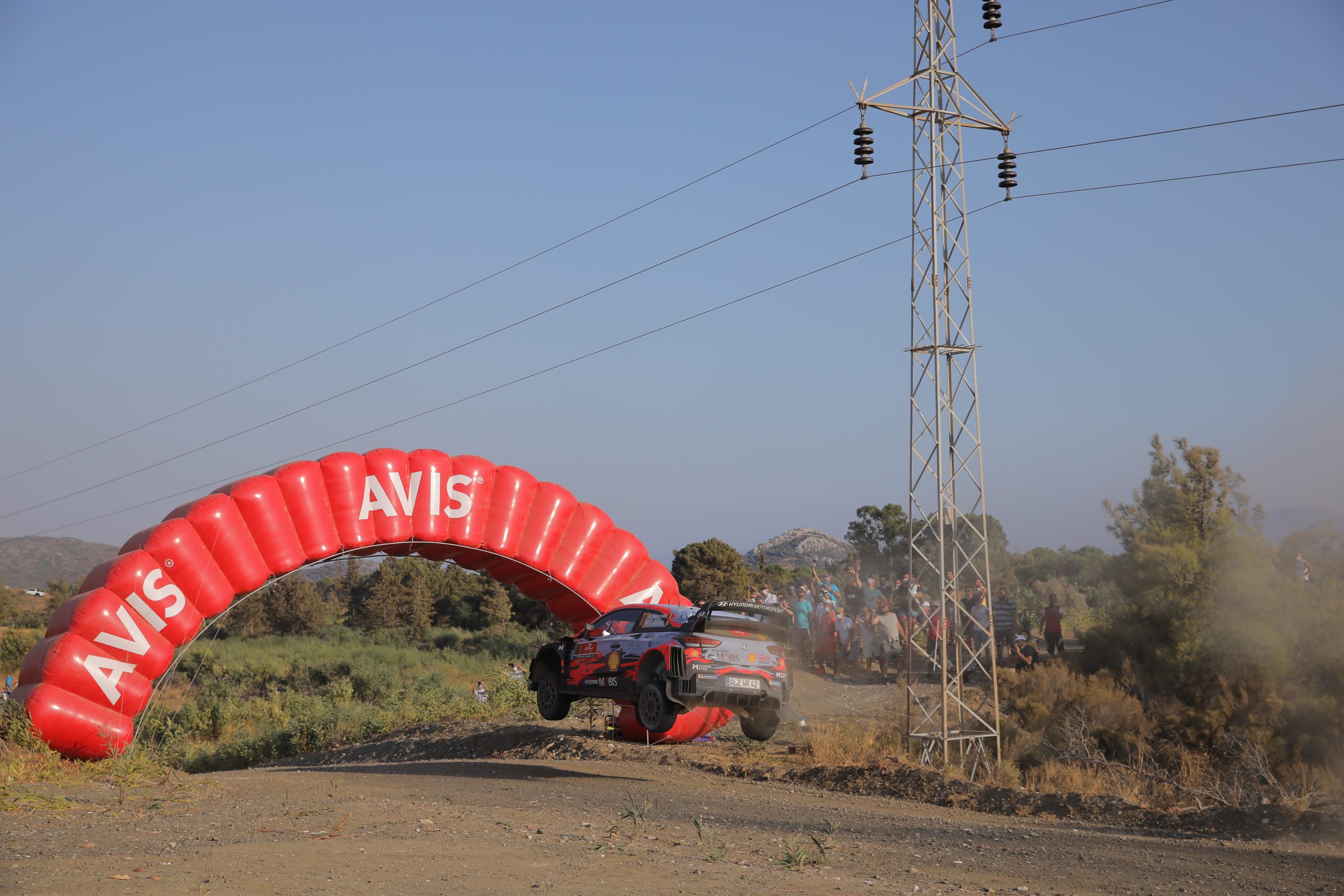 Four-minute intervals – an eight-minute delay before the stage started.

Car 17. OGIER/INGRASSIA
Change a rear roll bar in Service F. Appeared to lose power intermittently throughout the stage with an
engine alarm activated and then suffered serious engine issues and was forced to pull over and retire
from the rally.

Car 33. EVANS/MARTIN
Rear suspension arms changed on the car at Service F. “It’s a shame for him (Ogier). it was rough in
there. I tried to find the balance in there. Let’s see.”

Car 11. NEUVILLE/GILSOUL
Suspension arm changes on the car at Service F. “I backed off a little but I tried to manage my tyres a
little too much in the middle section. Obviously Elfyn had a troublefree run so the one with the least
trouble will win the rally. Obviously we will go for the Power Stage points.”

Car 69. ROVANPERĀ/HALTTUNEN
“I try to be careful here. Hopefully the tyres are okay and we can make a good time on the Power
Stage.”

Car 8. TÄNAK/JARVEOJA
The Estonian opted to check in late for the stage start and head in behind Ogier. Then he stopped and
pulled over on the side of the track shortly after the start.

Car 4. LAPPI/FERM
Front-right puncture. Was it easier this time around? “No..!”

Car 9. LOEB/ELENA
Changed the gearbox in Service F following the tyre failure and wheel damage on SS9. “II did a good
stage. I tried to push when we could and save a bit when it was too rough. I finished without puncture
That was the goal. Now we will see where we are.”